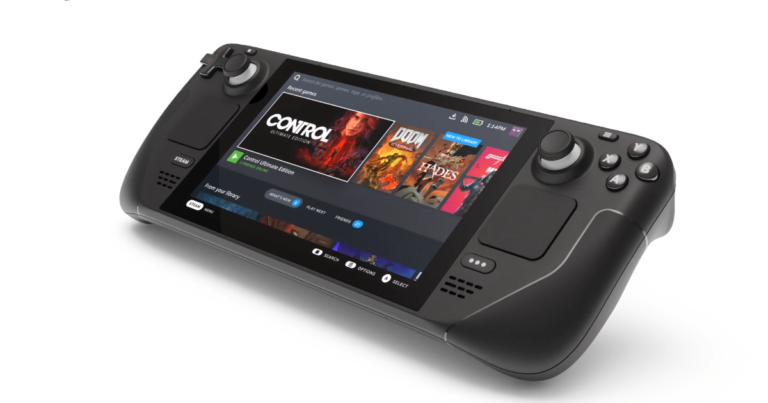 Valve recently launched its foray into the mobile console market with the Steam Deck, slated for release later this year. And even though the device is mobile, it will be bigger.

With a 7-inch display, the Steam Deck will be 11.7 “long, 4.6” high, and about 2 “thick, making it significantly larger than a traditional Nintendo Switch. This means that the expected weight of a Steam Deck is almost twice that of a Switch.

The Steam Deck is said to weigh around 669 grams, according to the specifications on the console’s website. By comparison, the Switch weighs about 0.88 pounds with both Joy-Con controllers attached.

While the Steam Deck design doesn’t care about compactness, it has plenty of nice buttons and features that many portable consoles don’t have. In addition to a D-pad, two thumbsticks, and a handful of buttons, the console has two trackpads and even a pair of bindable buttons on the back.

Meanwhile, the 7-inch display is larger than the current Switch and will be roughly the same size as the Switch OLED model, which will be released in October.

The Steam Deck is slated to begin shipping to consumers in December, but you can reserve your deck now to be put on the waiting list. The console retails at a price range of $ 399 to $ 649.

How Much Is Arsenio Hall Worth?

How much will Freddie Freeman’s new contract cost?

Cher Lloyd Net Worth: How Much Does The English Singer Earn...

Karim Benzema net worth 2021: How much is Benzema’s contract?