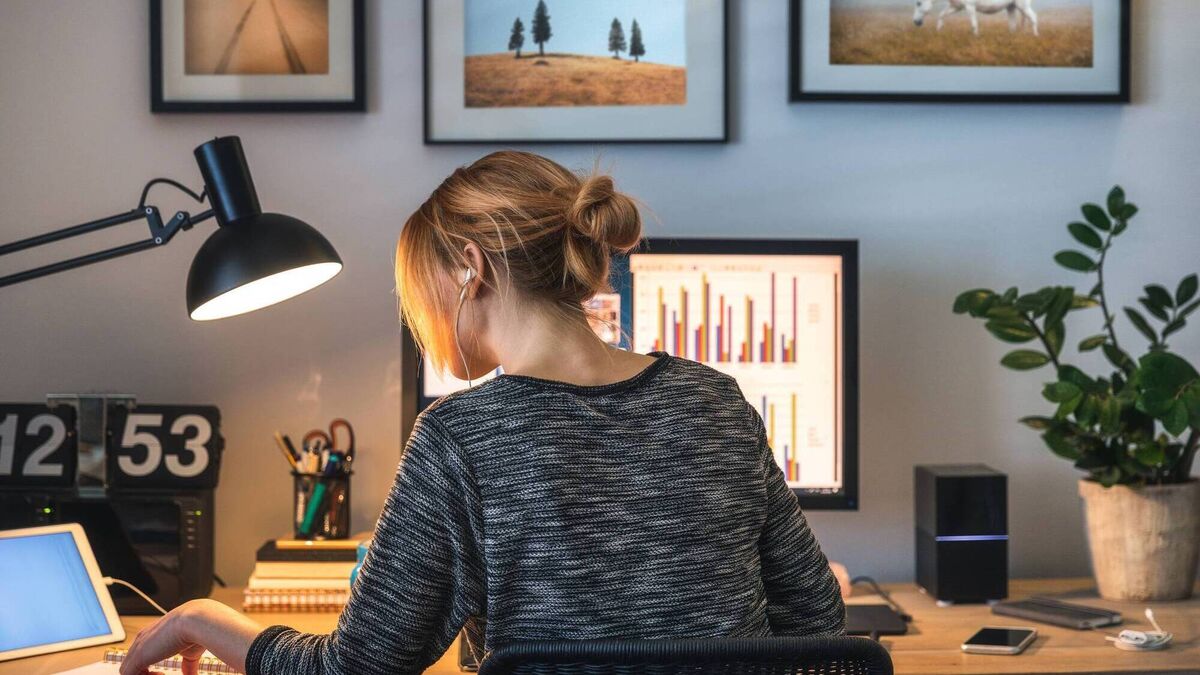 The increase in the government’s home work allowance to 30% of utility spending will amount to 220 euros per worker per year, said Labor Minister Leo Varadkar.

He said a quarter of a million people were expected to benefit from the measure.

“This will be a plus for people who work from home, but it could of course be higher,” he said.

Until now, the allowance for remote work in relation to electricity and heating billing was 10%, provided that the person who works remotely does not claim a daily allowance of up to 3.20 euros per day from their employer.

Broadband funding has already been set at 30%.

Mr Varadkar said the new allowance will be prorated to allow those who choose to do hybrid work, with their time split between the office and home.

He added that he “would certainly encourage” people to take relief.

“I think this relief has not been taken because so many people have worked from home,” he said.

Anyone who is currently using the home office allowance can only do this once at the end of the financial year and not monthly after the invoice and salary has been received.

The obligation for employees to work from home whenever possible will be definitively lifted on October 22nd, coinciding with the lifting of Ireland’s last Covid-19 restrictions.

Brian Keegan, director of public policy at Chartered Accountants Ireland, said the changes were “tokenist” and would be worth $ 60 or less a year for many individuals. The accountants estimate that the existing system, worth $ 20 a year for individuals, will rise to $ 60, “barely offsetting the increase in the cost of heating a home and paying for broadband,” Keegan said. Estimates are based on people who work at home for two or three days, the so-called hybrid work that many office workers face.

The new allowance was criticized by the country’s largest public service union, Fórsa, which said further government action was needed on mixed employment.

Tanaiste’s division launched its remote working strategy last January, which – along with an obligation to allow workers to apply for the right to work from home – mandates that home working and remote working should be the norm for 20% of the public sector.

Forsa general secretary Kevin Callinan said talks between the union and the government about the “additional costs” associated with remote working were “far more significant” than the new measures to commit the January strategy to 20% of the workforce the public sector to achieve work from home.

“It is unbelievable to expect employees to bear significant costs that are currently borne by their employers, especially when fuel costs skyrocket at the beginning of the colder months,” Callinan said.

Regarding the overarching remote working strategy, Mr Varadkar said that “I mainly want people to have a choice” in how they work, adding that the right to work from home upon request is “the next step ” may be.

Extension of the tax margin of 20%

He said extending the employment wage subsidy program to next April, first introduced in September 2020 and aimed at subsidizing wages for employers whose outcome has been affected by the pandemic, is “the single biggest move in the budget”.

“This is a great contrast to what is happening north of the border, where employers don’t get help,” he said. “We want as many companies to survive and keep as many jobs as possible.”

Chicago Bears Q&A: How much will Justin Fields play?

Lionel Messi Net Worth: How Much Does The Soccer Superstar Make

How much is Russell Wilson worth to the line?

Budget 2022: Who will receive the Christmas bonus this year and...

How much is the controversial comedian worth now? – Film Daily